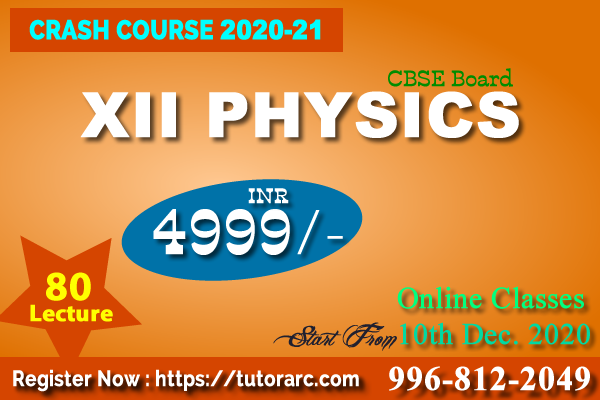 How Can TutorArc Help in Class 12 Physics Preparation?

The lessons covered in the above linked articles are easy to understand and any student can easily understand the fundamentals thoroughly. The lessons even include various examples and parctice questions to help the students develop problem-solving abilities which will not only help them during their class 12 board exams but will also help them for JEE and other similar competitive exams.

Chapter 2: Electrostatic Potential and Capacitance
Electric potential, potential difference, electric potential due to a point charge, a dipole and system of charges; equipotential surfaces, electrical potential energy of a system of two point charges and of electric dipole in an electrostatic field.
Conductors and insulators,  free  charges  and  bound   charges  inside  a conductor. Dielectrics and electric polarisation, capacitors and capacitance, combination of capacitors in series and in parallel, capacitance of a parallel plate capacitor with and without dielectric medium between the plates, energy stored in a capacitor.